It must have been about 10 years ago that we were introduced to a project called ‘Uzimatele’ in one of the slum areas around Nairobi. A young pastor and his wife (George and Jackie) were ministering in a very poor area of the city and were so moved by the plight of the orphaned children who lived in the streets that they decided to take some of the children into their own home. Since then the project has grown. More children have joined the family (currently 17 children), a primary school has been set up, as has a woman’s empowerment project aiming to teach widowed women the skills necessary to support themselves and their families by making and selling handicrafts. In August 2017 we happened to be in Kenya on holiday and had the opportunity to visit the project we’d heard so much about. 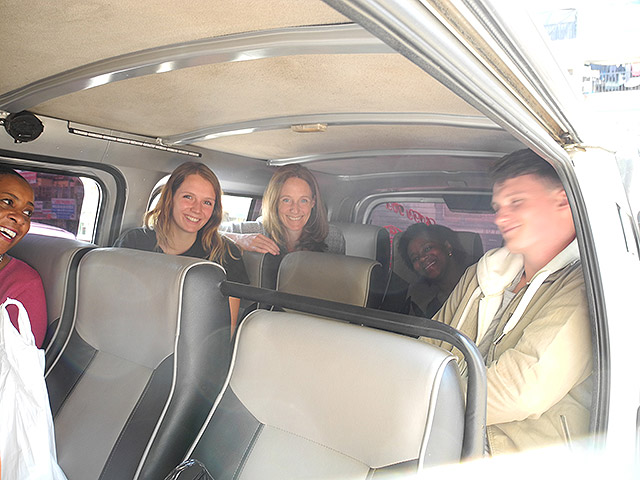 The visit was organised for us by Wiebke Witt (from whom we originally heard of the project) and three of the board members: Helen Mwathi, Kendi Muriugi and Amos Oloo. We all piled into type of mini-van usually used for going on safari. The choice of vehicle was perfect, as the rough dirt tracks further into the slums would have gutted the under-side of a normal car. The board members were open, affable and eager to answer any questions. We stopped off at a local take-away en-route where our hosts bought enough chicken and chips for the large family as well as the visitors. The family home, large enough to house 20 children as well as George, Jackie and their own two daughters is situated near to the Gituamba slum area. We were welcomed warmly and ushered into a large room which had been decorated with balloons and streamers to celebrate (at least) 10 years of association with and support from Wir Gestalten e.v.. The children were polite and well-mannered (and initially a little shy). After everybody had had their share of chicken and chips, the children performed a programme which they had created for the occasion. They narrated, sang and danced in unison beautifully, their performance mirroring the easiness of the relationship amongst adopted siblings and the structure afforded by the home. In conversation with George, he talked about the various children and their gifts. Some of the children are good academically, some are very gifted with music, some are social pillars at home, some show excellent dependability, while others are artistic. Lovine, one of the oldest girls achieved such good grades at school, that she is now very successfully studying law. All the children under Jackie and George’s care are sent to good schools. They are encouraged to work hard and to practice whatever they’re gifted at. A music teacher comes regularly. 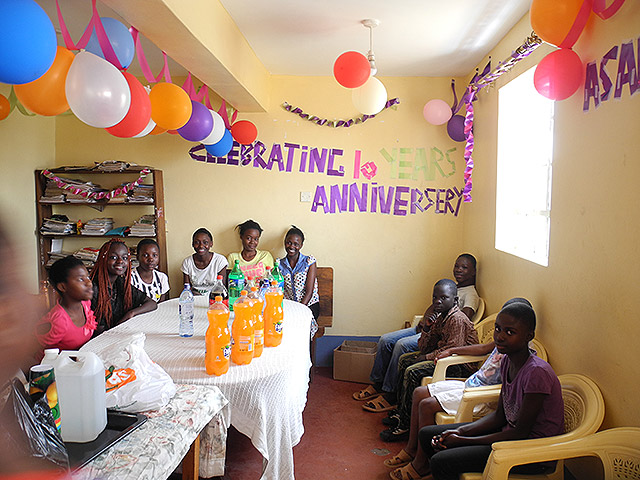 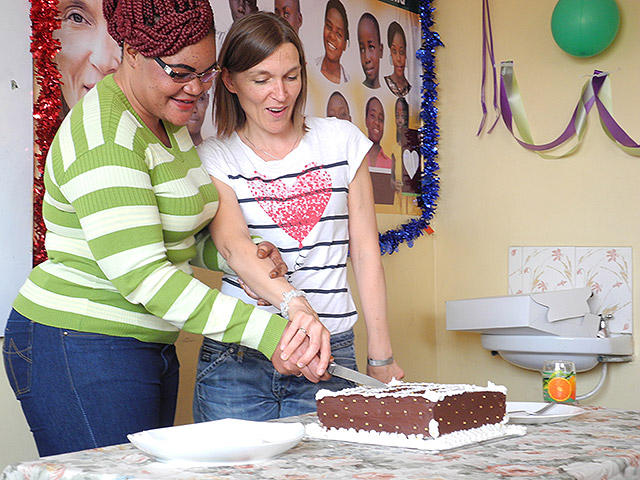 After the performance, we were driven to the primary school. It wasn’t in operation, as we were visiting during holiday time. Plenty of the local children were hanging out there, many of them dressed in dirty clothes that have seen better days and without shoes. The contrast between these children and those taken in by George and Jackie was stark. In light of the evident poverty all around us, I asked George how they identified and chose which children to take in and care for. Because they live in the community and pastor a church there, they are aware of the goings-on in the neighbourhood. Sometimes they are alerted to difficult situations by friends or members of the community. They always attempt to support and counsel the wider family and taking the children in is always a last resort, when no other resources can be mobilised. 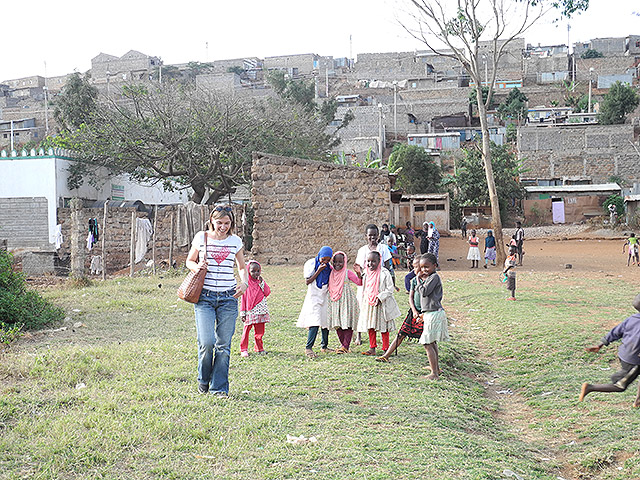 Amos drew my attention to the children and youths who are left to their own devises. If they’re lucky they get a basic education and are fed one hot meal a day at school. Amos explained they they’d love to offer the children some sort of programme during the holidays. We were shown one of the classrooms and told it accommodates forty nursery-class children. If I remember correctly, the classrooms which my children had at that stage were at least four times the size and catered for half the number of children – and I considered them small at the time! 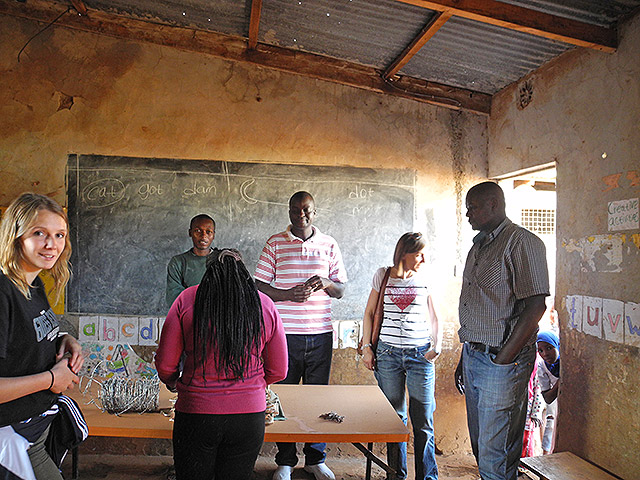 A newly-built greenhouse is situated at the far end of the school grounds containing tomato plants. An initiative of Helen’s, financed by the Bayer Cares Foundation, the crop is intended partially to generate an income for the school, but also to be used in meals for the children. 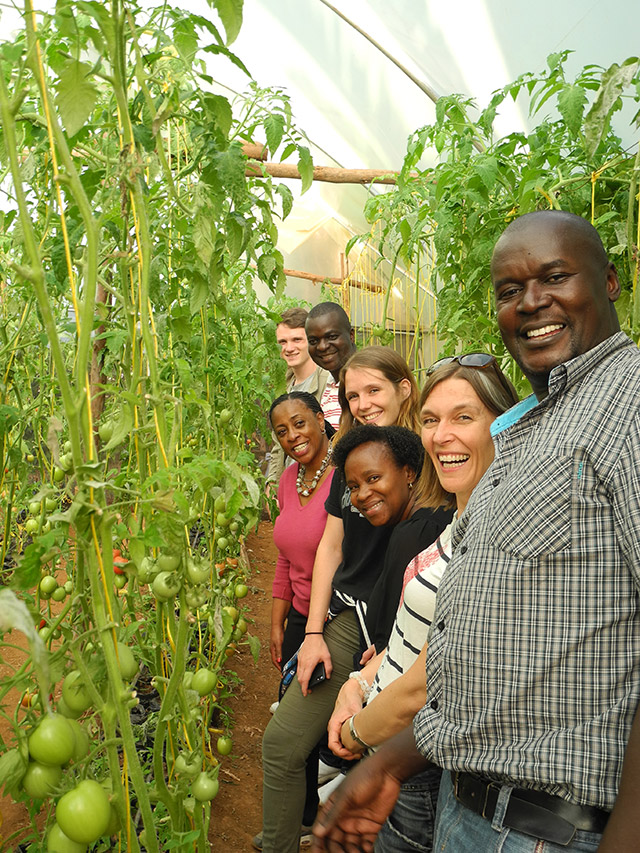 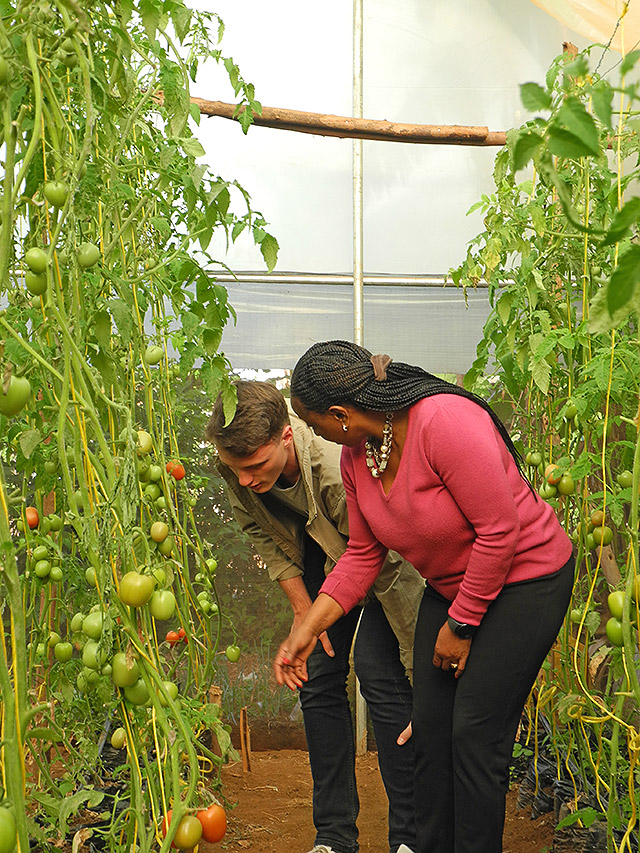 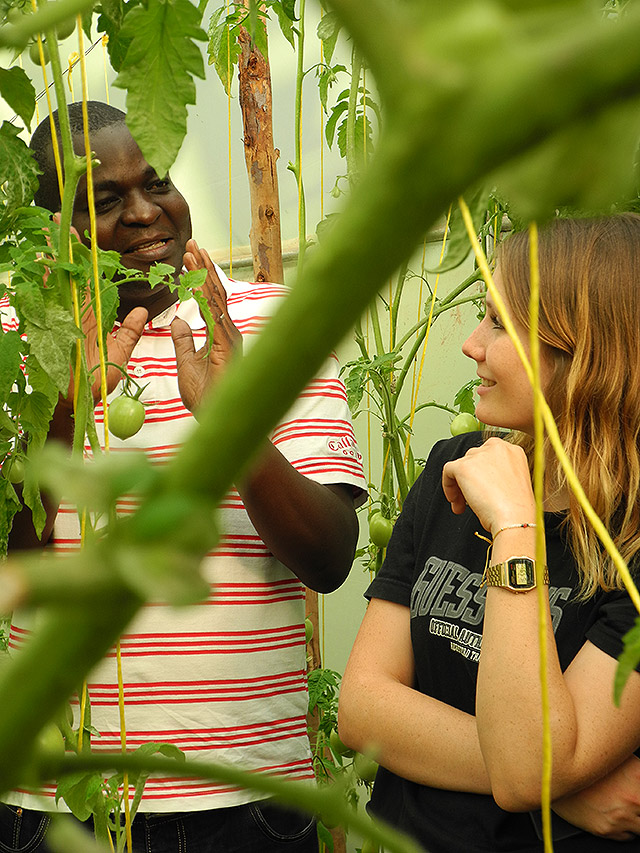 After viewing the school, we headed back to the family home, where we were greeted with large mugs of steaming tea and delicious cake, decorated for the occasion. Jackie said a few moving words in thanks to Wiebke and the board members who have supported the project in countless ways over the years. As I sat sipping hot tea and munching on my cake, I pondered the sacrifice required to move a young family to the slums and to open your house and heart to those who can give you little in return. 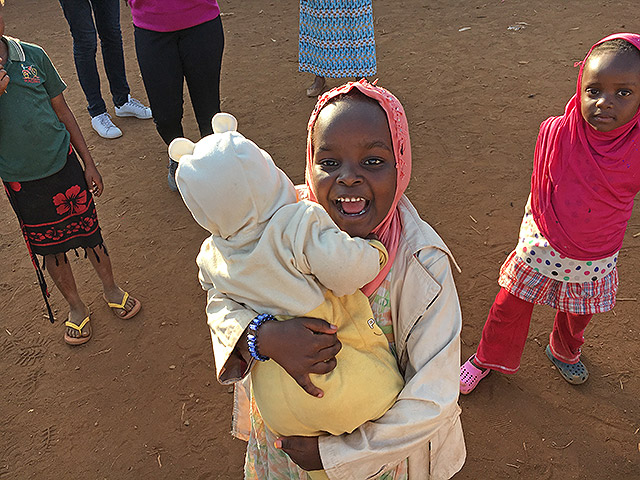 Before we left, the board wanted to conduct a quick meeting with Wiebke. We left them to it and wandered downstairs with the children. They showed us their rooms with bunk-beds and then suggested we played some games. We stood in a circle and played various games, mostly requiring some degree of speed and concentration. There was much good-natured laughter as the three of us and seventeen children, ages ranging from seven to twenty-one played. All too soon, the board meeting was over and we had to head back to more affluent areas of town. Before we left, the whole group stood in a circle and Amos spoke a short prayer of thanks for the project and it’s supporters. Then, in a last-minute flurry, all sorts of photos were taken; souvenirs of a memorable day with new friends made, perspectives previously unseen and a lot of food for thought.